Apple Tree House was created by Akindele Akinsiku, Maria Timotheou and William Vanderpuye. It is inspired by reflections on their own childhoods. The series has been developed for television by the programs creators with award-winning Rastamouse producers Eugenio Perez and Gregory Boardman. 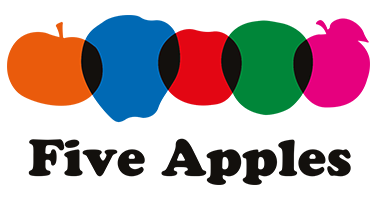 Will had his first role at the age of eight as O’Leary in the film Melody/SWALK, written by Alan Parker and produced by David Putnam. He went on to work extensively with iconic British director Alan Clark during the late 70s.

Will is in high demand as a voice-actor lending his characterizations to the multi-Oscar-nominated Hotel Rwanda, BAFTA and OSCAR-winning Wallace & Gromit: The Curse of the Were-Rabbit, Minions, Paddington Bear, and The Hobbit: The Desolation of Smaug.

Will can be heard regularly voicing ad campaigns and promos for TV and radio, having been a “station voice” for the Nickelodeon TV Channels (BAFTA Winning), The Africa Channel, Disney Channel, Discovery Channel and the Fox International Channels.

In 2002, he was one of the first promo voices launching the CBeebies channel that branded it significantly for a number of years. He presented the BBC’s landmark education project Fun with Phonics and was BAFTA nominated along with his son “Will” for the BBC series That’s so Darwin commemorating Darwin’s bicentenary.

A regular “guest character” in the animated series Octonauts he can currently be heard playing Zoomer, and a cast of thousands, in the award winning, twice BAFTA nominated BBC series Rastamouse. Will was a finalist in the 2016 British Animation Awards for best Voice performance.

Maria is an award winning, BAFTA nominated creative who has worked extensively within children’s TV for over nineteen years.

Starting out as an illustrator in book and editorial publishing, in 1998 she moved onto her first TV job, editing The Sooty Show starring Matthew Corbett. It was here she discovered her passion for kids TV and went on to work at Nickelodeon UK, on their newly launched pre-school property the Nick Jr Channel.

For over thirteen years Maria led and developed the award winning creative team at Nick Jr . She created, wrote and directed award winning global channel branding, on air promos, presenter led continuity and pioneering short films for pre-schoolers, a number of which were broadcast internationally.

As the success of the channel grew she led the launch of a second channel: Nick Jr Too in 2006. Then followed Nick Jrs BAFTA win for best children’s channel 2009.
Maria has received several industry standard awards, plus a BAFTA nomination for conceptualizing and producing, It’s a New Day. A series of short films which follow the daily routines of children from differing social and ethnic backgrounds living around the UK.

Since 2013 she has worked freelance as a Director, Producer and Writer within children’s TV, advertising and digital media.

Akin is a BAFTA Award Winning Director and Creative Director with over eighteen years of experience in broadcast and advertising.

Akin has worked at the highest levels of corporate branding and creative direction for TV, digital and advertising. He started his career as a creative Producer with MTV Europe and VH-1.

His creative work has global reach as his many works have been broadcast internationally, including South Africa, Germany, Poland and the US- gaining over 20 international awards in the process.

He has also directed campaigns for household brands including The Walt Disney Company, BBC, L’Oréal, Iceland, Nintendo and Microsoft.

His works have been featured in industry Creative Review and Computer Arts Magazine and was a member of the judging panel for the Royal Television Society.

Eugenio Perez has worked in the television and film industry for over 25 years with extensive experience through all aspects of production.

He is currently Managing Director of Fable Pictures Ltd, an independent production company with Faye Ward and backed by Sony Pictures Television. Fable is currently shooting Stan and Ollie, written by Jeff Pope and directed by Jon S. Baird, financed by eOne Entertainment.

Eugenio set up the EIS business structure and successful fund raise for the award-winning stop-motion CBeebies show Rastamouse. The show now stands at 104 episodes, it has been broadcast in 79 territories and won Broadcast Best Pre-School show 2012 and 2014, Kidscreen International Best Pre School Animation in 2014 and was nominated for a Children’s BAFTA in 2011 and 2012.

Eugenio’s credits also include Co-Producing Another Me, a feature film by Isabel Coixet for Fox International which premiered at the Rome Film Festival 2013, and Executive Producer on Broken Time, a play about the birth of Rugby Union.

A co-founder and director at production consultancy Three Stones Media Ltd. Gregory is an award winning producer, musician and writer who worked with the Rastamouse creators to develop the multi-award winning, animated television series and its spin-off Yo-Scratchy!

Alongside his work for the screen, Gregory is completing master’s level research at UCL’s Institute of Education and continues to develop a raft of diverse media projects that are entertaining, educational and musical.